Glo To Give Free 26,000 SIMs To Katsina Workers 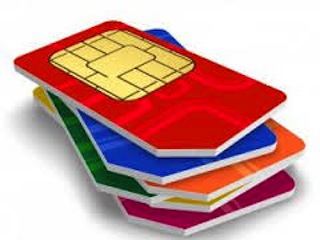 Over 26,000 civil servants in Katsina State will enjoy the telephone Free Access Programme launched in the state on Thursday as National Telecoms Carrier, Globacom, and the state government partnered to enhance access to telecommunication.

Speaking at the launch of the project, Katsina State Governor, Ibrahim Shema applauded Globacom’s efforts and enjoined citizens of the state to utilise the service effectively.

He said the government and people of Katsina State appreciated the good quality of service provided by Globacom in the state, adding that this was why most telecom subscribers in the state were on the Globacom network.

Governor Shema disclosed that as a proudly Nigerian company, the expectation of the government and people of the state from Globacom was very high, and urged the company not to rest on its oars.

The Governor who was represented by the Katsina State Head of Service, Muhammad Lawal Aliyu, expressed optimism that the Free Access Programme would be effectively used by the beneficiaries.

He urged Globacom and other commercial enterprises operating in the state to take full advantage of the “friendly business environment and the infrastructures put in place by the state government.”

Earlier in an address, Globacom’s Head of Public Sector, Babatunde Amunikoro said the project would facilitate easy communication among civil servants in the state.

According to him, “the package will enhance security across the length and breadth of the state and significantly increase efficiency in the state civil service.” He added that the package was aimed at improving the way civil servants “work, live and play”.

“This package will go a long way to improve on the adequate supervision of government projects and effective communication of government policies while improving the quality of life of the citizens,” he added.

The directory also contains the numbers of the Governor and key government appointees.

With the launch of the Katsina State Free Access Program, over 26,000 Glo sim cards and telephone directories will be handed over to the state government by Globacom. The project covers 14 State Ministries, 27 Parastatals  and 34 local government councils in the state.

Some of the states that had already partnered with Globacom on a similar project include Bauchi, Niger, Ekiti, Kwara, Ogun, Edo and Imo. In addition, federal ministries and parastatals have also collaborated with the network on the telephone Free Access Program.