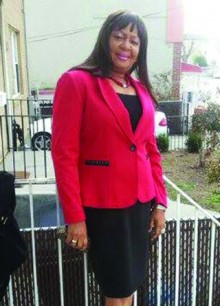 Fast rising female gospel musician and Prayer Minister, Erelu Sunshine Akinyele has formed a group called ‘Prayer Band 4 Sammy Peters’ for ailing wife of music star, Sir Shina Peters, Sammy Peters, who is reported to be down with cancer related illness and receiving treatment in the United States of America.

Explaining her reasons for forming the group on social media, Akinyele said she feels very sad to hear that Sammy is experiencing such an evil ailment and the instruction she received from God is to raise intercessory prayers to save her life.

She added that her husband, Tope B. Akinyele, is very close to the Shina Peters family. He was a former Publicity Manager to SSP’s band, while also working as Promotions and Corporate Affairs Manager of Sony Music.

P.M.NEWS Entertainment Café gathered that the prayer band is expanding by the hour with about 60 prayer champions currently praying for divine healing for the woman from time to time.