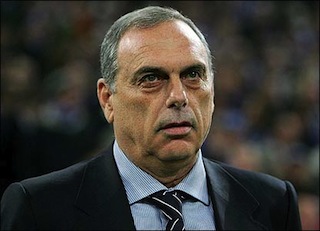 Ghana coach Avram Grant has been impressed by the quality of football at his first Africa Cup of Nations but appears less positive about how this year’s tournament in Equatorial Guinea has been organised.

The Israeli, who was only appointed as coach of the Black Stars after they had qualified for the finals, has had to adapt quickly to his new role but led Ghana to first place in an ultra-competitive group ahead of Algeria, Senegal and South Africa.

Speaking ahead of Sunday’s quarter-final against Guinea in Malabo, he said: “As a tourist I was many times in Africa, a lot of times, so Africa is not new for me.

“As a coach it is the first time. I can say it’s very interesting. In my team there is a lot of passion, a lot of people around the team ready to do their best for the team, and I like it very much.

He added: “I can say there is a lot of talent here, very, very good players, quality in the highest level.

Ghana recovered from a 2-1 loss to Senegal in their opening game to qualify for the last eight with wins against Algeria and South Africa in Mongomo.

They are bidding to continue their record of having reached at least the semi-finals at each of the last four tournaments, and Grant says his team must be ready for every eventuality.

That means being prepared to overcome their penalty hoodoo after being knocked out in the 2010 World Cup quarter-finals by Uruguay and the 2013 Cup of Nations semi-finals by Burkina Faso in shoot-outs.

“We need to prepare ourselves for everything. I don’t want to look in the past. I have some experience of penalties,” Grant said with a nod to Chelsea’s defeat to Manchester United on penalties in the 2008 Champions League final when he was in charge of the London club.

“We need to think about all possibilities, but I suggest not to take the past as a fact. There are things in the past that were not so good, so we try to improve them.”