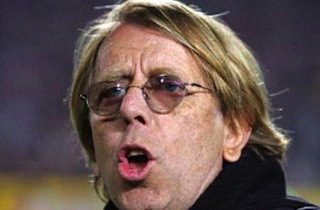 Claude Le Roy hit out at the match officials after Congo Brazzaville’s 4-2 defeat to neighbours DR Congo in the Africa Cup of Nations quarter-finals in Bata on Saturday.

The Red Devils were 2-0 up through goals by Ferebory Dore and Thievy Bifouma only to crumble in the last 25 minutes and lose 4-2 to their rivals from over the Congo River.

Veteran Frenchman Le Roy described it as the “biggest disappointment” in his eight appearances at the competition and was unhappy with the assistant referee after Congo conceded a goal when forced to play with only 10 men on the field.

“The assistant referee delayed our substitution after one of my players was injured and we wanted to replace him and it was at that time that they got one of their goals,” said Le Roy.

“So we played 10 against 11 and that was when we conceded a goal because an official was not diligent enough.

“It’s football and, except for this big mistake by the assistant referee, the refereeing has been very good since the start of the competition,” he added.

“Probably this is my biggest disappointment.

“When you are leading 2-0, it is not finished. We have always known that DR Congo have huge potential.

“When we were 2-0 up, we were not far from the dream. But we became euphoric after we scored our second goal and we also lacked a little bit of experience at this level.”