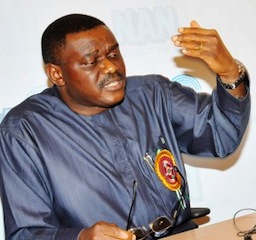 The Leadership of the party in the state accused him of breaching some section of the party’s constitution.

Consequently, he was asked to appear before a disciplinary committee on Tuesday, 3 February, to clear himself of the allegation.

Chukwu contested the Ebonyi State governorship primary of the party in December but lost the ticket to the Deputy Governor of Ebonyi State, Dave Umahi.

Though  Chukwu weas said to be Governor Martin Elechi’s consensus candidate,  he was absent at the primary election which took place at the Abakaliki Township Stadium.

After the primary Chukwu was said to have published some statements the party in his state said flouted some sections of its constitution.