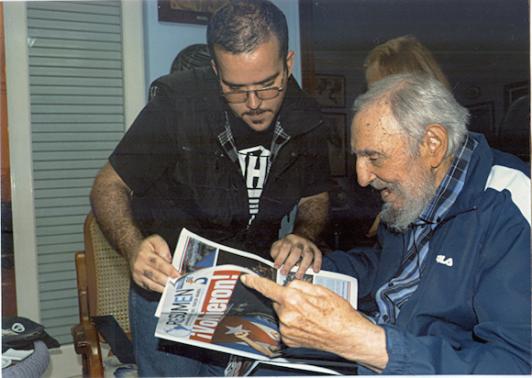 Cuban state media released the first photographs of former president Fidel Castro to be published in nearly six months late Monday in a bid to quiet rumors that his health is failing.

The images showed the 88-year-old Castro at his home along with his wife Dalia during a meeting with the leader of a students’ union, and were published in the state-run newspaper Granma and other official media.

The images come after weeks of feverish speculation concerning the Cuban revolutionary leader’s medical condition after he appeared to disappear from the public eye.

The last time he was seen in public was January 8, 2014, when he attended an art gallery opening near his home.

Swirling rumours of Castro’s demise have cropped up often since he stepped down from office during a health crisis in 2006.