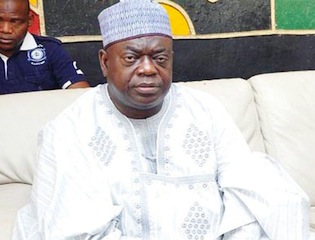 Governor Babangida Aliyu of Niger state has stated that fighting corruption is not a one-man show, adding that, Nigeria must restore its social value system, especially honesty, if the fight against corruption must be won.

Aliyu made the remark at the presidential campaign of the Peoples Democratic Party (PDP) in Minna on Tuesday.

He said that the fight against corruption required a multi dimensional approach rather than a one man activity.

“People talk about fighting corruption, it is not a one man show but multi-dimensional, and not about putting people in prison,” he said.

“We need to bring back our value system, especially honesty if we must win the fight against corruption.

“A child must know what is good is honesty and what is bad is dishonesty,” he said.

He praised President Jonathan’s development strides, adding that continuity was necessary to ensure his achievements were not truncated.

The national Chairman of the PDP, Alhaji Adamu Muazu, called on the people to vote massively for the youthful governorship candidate of the party in the state, Alhaji Umar Nasko.

He said the party was the only one that believed in the youths and women of the country.