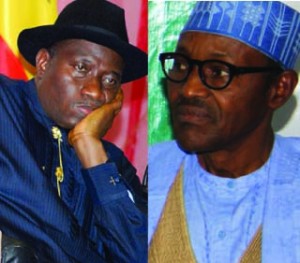 The two leading presidential candidates of the ruling Peoples Democratic Party, PDP, President Goodluck Jonathan, and Muhammadu Buhari of the All Progressives Congress, APC, and other political leaders in the country would be held accountable and made to face trial for any violence perpetrated by their supporters during the general elections.

The International Criminal Court (ICC) gave the warning on Monday ahead of the presidential poll on 14 February.

ICC’s Fatou Bensouda warned in a statement: “Any person who incites or engages in acts of violence including by ordering, requesting, encouraging … crimes within ICC’s jurisdiction is liable to prosecution.”

Electioneering campaigns have been conducted in an atmosphere of heightened regional, ethnic and sectarian tensions that many fear could boil over into widespread violence. The election is expected to be the most closely contested since the end of military rule in 1999, reports Reuters.

“Experience has shown that electoral competition, when gone astray, can give rise to violence and … even trigger the commission of mass crimes,” Bensouda further stated.

Some 800 people were killed and 65,000 displaced in three days of rioting in the largely Muslim north after Buhari lost to Jonathan in 2011.

The ICC has been looking into possible war crimes in Nigeria since 2010, but few believe it would be keen to take on another powerful politician after being forced to drop charges related to 2007 electoral violence against Kenyan President Uhuru Kenyatta in December.

Supporters of Buhari’s APC and the ruling People’s Democratic Party (PDP) have already clashed in street battles that have killed several people.

Rhetoric has also been heated, with one PDP governor urging his supporters to crush APC “cockroaches”, in a chilling echo of the Rwandan genocide.

The APC has threatened to set up a parallel government if the election is not fair.

Islamist militant group Boko Haram, which regards democracy as un-Islamic, is expected to disrupt the voting for both sides in the areas of the northeast where it operates.

A deadly car bomb went off near a stadium in the northeastern Nigerian city of Gombe on Monday, a few minutes after Jonathan left a party rally there.

Meanwhile, former Head of State and Chairman of the National Peace Committee for 2015 general elections, General Abdulsalami Abubakar (retd) has met with heads of the country’s various security agencies, who briefed the committee on the measures being put in place to ensure peace is maintained during and after the forthcoming polls.

Abubakar, while briefing journalists at the end of the meeting which was held behind closed doors in Abuja, with other members of the committee in attendance, expressed optimism that if stakeholders stick to the plan, there would be peace.

He admonished Nigerians to join hands to ensure that there is no violence before and after the 2015 elections.

According to him, Nigerians must avoid the repeat of the 2011 election violence which resulted in the loss of lives and property worth millions of naira.

“We have seen the heads of the various security agencies, and they have briefed us on the measure being put in place to ensure that peace is maintained. And from what we have heard from them , we believe if we stick to the plan we will have peace,” he said.