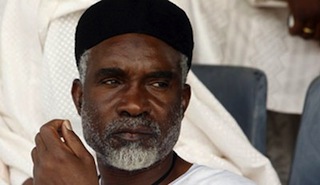 The Economic and Financial Crimes Commission (EFCC), has declared Murtala Nyako, the former governor of Adamawa and his son, AbdulAziz wanted over allegations of conspiracy, stealing, abuse of office and money laundering.

This was contained in a statement issued in Abuja on Wednesday by Mr Wilson Uwujaren, the spokesman of EFCC.

NAN recalls that on June 2014 shortly before Nyako’s impeachment, the EFCC froze the bank account belonging to Adamawa government.

The commission froze the account as a precautionary measure to safeguard the state treasury amidst evidence of looting uncovered by its operatives.

The operatives had alleged massive looting of the treasury by top officials of the government under Nyako, a development that led to the arrest and interrogation of key officials of the state.