Muslim body calls for 'killing, crucifixion' of IS fighters 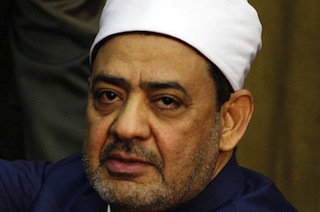 Al-Azhar, Sunni Islam’s most prestigious centre of learning, has called for the killing and crucifixion of militants from the Islamic State group, expressing outrage over their murder of a Jordanian pilot.

In a statement after the burning alive of Maaz al-Kassasbeh, the Cairo-based authority’s head, Ahmed al-Tayib expressed his “strong dismay at this cowardly act”.

Tayib said this “requires the punishment mentioned in the Koran for these corrupt oppressors who fight against God and his prophet: killing, crucifixion or chopping of the limbs.”

The Islamic State group in a video on Tuesday claimed the gruesome killing of Kassasbeh who was captured in Syria when his plane went down in December.