PDP chieftain petitions I-G over attempt on his life 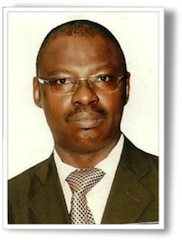 Chief Joshua Omuya, the Director of Finance, Peoples Democratic Party (PDP), Abuja, has appealed to the Inspector-General of Police, Mr Suleiman Abba, to investigate alleged assassination attempt on his life in Kogi.

Omuya, who made the appeal in a petition to the I-G, dated Jan. 15, a copy of which made available in Abuja on Tuesday, alleged that some gunmen invaded his home at Okene at midnight on January 3 with intent to assassinate him.

The Force Headquarters acknowledged receipt of the petition on January 20.

He added that the men gained entry into his compound after scaling through the fence and broke the doors leading to his the three-storey building.

He said “the gunmen broke all the doors of the three-storey building as they advanced to the second, where I was staying.

“When it became obvious that my life was in grave danger, I had to jump from balcony of the third floor and landed at the back of the house.”

The director of finance added that the men advanced to the second floor where he was staying with the intention to kill him.

Omuya said he narrowly escaped being killed by jumping from the third floor of the house to the ground and sustained injuries.

He called for “quick intervention” of the I-G to bring the perpetrators and mastermind of the attempt to book.

Omuya, who hails from Okene in Kogi, said that the attempt would not discourage him from contributing his quota to the development of his community.

He appealed to those behind the attempt and their sponsors to desist from violence in the interest of peace in the state.

When contacted, the Police Public Relations Officer (PPRO) for the Police Command in Kogi, ASP Elvis Aguebor, said the command was not aware of the incident.

Aguebor said the command had begun to sensitise politicians in the state on the need to refrain from acts and inflammatory statements capable of igniting crisis and to ensure peaceful February polls.