UAE pulls out of IS fight after pilot capture 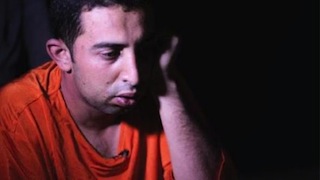 The United Arab Emirates pulled out of the air campaign fighting Islamic State militants after the capture of a Jordanian pilot who has since beeen killed by the extremists, the New York Times reported Wednesday.

The pilot was captured in December and Islamic State militants released a video Tuesday showing the man in a cage being burned alive.

The key US ally in the campaign suspended air strikes in December after the capture, fearing for the fate of its pilots, the Times said, quoting US officials.

The United Arab Emirates want the US to improve its search-and-rescue efforts, including the use of V-22 Osprey tilt-rotor aircraft, in northern Iraq, closer to the battleground.

As it stands, the US-led mission is based in Kuwait, administration officials said, according to the Times.

It said UAE pilots will not rejoin the fight until the Ospreys — which take off and land like helicopters but fly like planes — are deployed in northern Iraq.

The Jordanian pilot was captured by Islamic State militants within minutes of his plane crashing in December near Raqqa, Syria, the Times said, quoting a senior US military official.

But UAE officials questioned if American military rescue teams would have been able to reach the pilot even if there had been more time for a rescue effort, administration officials said.