Knocks For FG Over Plans To Keep Students In School 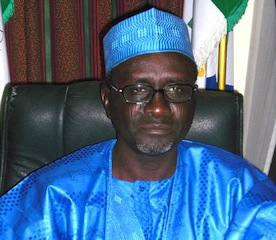 Nigerian students and their parents have reportedly slammed the Federal Government following comments by the Minister of Education, Mallam Ibrahim Shekarau that they are working towards making sure Nigerian universities are not closed down during election.

P.M.NEWS Campus Square findings revealed that some parents and undergraduates are not likely to abide by the rule if eventually they are asked to stay back in their various schools.

Olabayo, a 200-level Engineering student of the University of Lagos, UNILAG, said: “I have every reason to doubt what the Federal Government said through the minister but I know time will surely prove him wrong since this is not the first time they are selling stuffs like this to us.

“Do you want to hear the truth? His statement is political and suicidal”.

Shekarau had said public schools throughout the country would remain in session during the 14 and 28 February elections. But parents whose children school outside their base have expressed their displeasure over the announcement by the Minister.

Mrs. Aderonke Adebiyi, who spoke with our reporter, totally disagrees with Shekarau on his call that students should stay in school during the period of election.

“From all that has been happening in this country one needs not be told that the forthcoming elections will be bloody as President Goodluck Jonathan is not ready to leave the seat of power and his major opposition is spitting fire that they must unseat him through the ballot boxes.

“This is really not going to be funny for any parent to risk the life of his child on. I don’t trust these people when it’s election period. I wish to have my children beside me and see how everything will play out,” she stated.

George Afolabi, another affected parent, said he will personally go to his children’s school next Friday to bring them back home.

“I and my wife waited for 7 years after our wedding before our first child came and we have just two of them, both are in different universities in the country and I don’t want to risk anything for their safety.

“My son is a 200 level Industrial Chemistry student at UNIPORT and the state where it is situated will be a flash point on the day of the election with Governor Rotimi Amaechi and Mrs. Jonathan will be at each other’s throats, trying to take over that state. I cannot risk my son’s life. As for my daughter, her school is within reach I will not sweat much to bring her home.”

Abosede Adewunmi, another student who lent her voice on the issue, stated that: “Parents should ask their children to return home. Those we elected do not have our time and risking one’s life in the name of being patriotic is totally out of question.

“People who do not care about the masses or the welfare of the masses do not deserve what they want us to do and observe.”

Abdulmalik Azeez, a second year Electrical Engineering student of Nasarawa Polytechnic said: “Great Nigerian students please do not mind what the minister said. They want to use us for political thuggery during the election as some wayward students are tools to some wicked politicians that is why they want us to remain in school.

“I hope you all know these people do not have their children in Nigerian public schools, they are trying to put us in danger and do not want us to perform our rights by casting our votes for candidates of our choice.

“I am using this medium to tell you to go to your various houses for your own safety.”

Aigbona Michael, a 200-level Petrochemical student told our reporter that he was already on his way home to meet his parents before he learnt of the statement credited to the Federal Government through the minister of education.

Lucky Adeoye said: “imagine this same government that has not been able to resolve the massacre that happened in Federal Government College Burniyaddi, where a whole lot of male students were murdered in cold blood, telling us not to go home.

“I pity parents who will allow their children to stay in school during the election period. Those politicians will just wake up and start churning out some statements to suit their selfish interests not minding the outcome to the common man on the streets.

“I have declared holiday for myself until after the election.”

Odion Ogbeide, a final year Medicine student at the University of Jos, UNIJOS, told P.M.NEWS Campus Square that her school has been shut down since last year following the protest that erupted over the increment of their school fees.

She added: “Maybe the minister does not want us to vote because most students registered in their respective local government areas. The minister should give a second thought to this.”