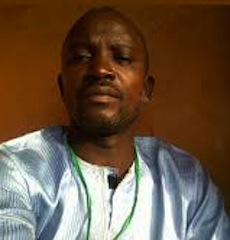 The national leadership of the National Association of Nigerian Students, NANS, is not in agreement over the endorsement of President Goodluck Jonathan as its candidate for next week’s presidential election.

The National President of NANS, Tijani Usman, in an interview with P.M.NEWS Campus Square, stated categorically that the leadership of the association is supporting President Jonathan’s re-election bid following his intervention in the crises which had been rocking the nation’s education sector.

Usman also acknowledged his predecessors’ support for the presidential candidate of the Peoples Democratic Party, PDP, and stated that the association’s stand will not be shifted as the election draws near.

“NANS is backing President Goodluck Jonathan for a re-election, not necessarily for many reasons other than his intervention in the crises that almost destroyed the education sector last year.

“The Federal Government paid about N200 billion to ASUU to ensure that the six-month old strike was called off in the best interest of Nigerian students. And I can also tell you that there has been an antecedent which is the huge support which the former President of NANS had for Mr. President.

“I am certain that Jonathan will win on 14 February, because he has a 60% chance of winning compared to the major oppositions. But, in the event that he does not win the election, we shall take it as fate because we are not violent in nature.”

Contrary to the stand of its national leader, Zone D coordinator of the association, Sunday Ashefon, has maintained that NANS remains a non-partisan body which does not endorse any candidate for its colleagues.

Speaking with our correspondent on the issue, Ashefon noted that, “my advice to the students is that they should go all out and vote the candidate of their choice because we are a non-partisan body.

“We do not have a political party that is what we are all expected to practice this period. I also want my colleagues to shun violence during this period. Those politicians do not have their children in the country, we should not allow them use us for their political and selfish ambitions.”

Immediate past leader of NANS in Lagos State, Yaqub Eleto also said “as far as what NANS believes is concerned, we do not endorse candidates because we are non-partisan in nature.

“I only want Nigerian students to go out en masse and vote their conscience because we are no longer leaders of tomorrow; we are the leaders of today. But if we do not vote, we may have lost the chance to ‘rule’ the country.”

When asked why his members are not in support of his endorsement of the incumbent President, Usman retorted: “I am not aware of that. All my members share my bias and we are all tending towards the same direction.”