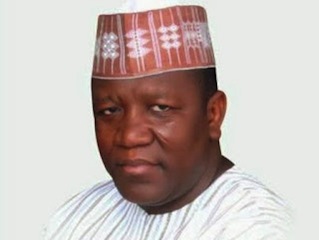 Alhaji Ibrahim Magaji Gusau, former PDP gubernatorial aspirant on Wednesday renounced his membership of the party and defected to All Progressive Congress (APC) over lack of internal democracy.

Governor Aliyu Wamakko received Gusau with over 1000 supporters at the party office along Bello way.

He said that there is no new and old member in the APC as all are equal in ensuring the victory of the all its candidates in this month’s general election.

Wamakko called members of the party especially those seeking elective positions to do more in its house-to-house campaign.

He said that the will enable the party emerge victorious in this month general elections.

He called on them to acquire the permanent voters card to massively vote for the party candidates.

Earlier, Alhaji Ibrahim Gusau told party supporters that lack of internal democracy was responsible for the massive defection among members of the party.

“I am a founding member of PDP but lack of committed democrat as leaders was purely responsible for my defection,” he said.

He promised to mobilize more supporters to ensure success of the party.