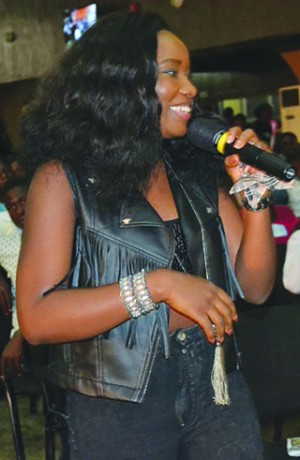 The city of Ibadan and its residents witnessed the beautiful atmosphere of fun and excitement as the nation’s leading TV reality music show, Nigerian Idol, began a two-day auditions hosted inside the prestigious Kakanfo Inn Conference Centre situated at old Ring road.

Hundreds of contestants, all aspiring to become next Nigerian Idol superstar, thronged the venue intending to impress the show’s celebrity judges with their performances for tickets to participate in the second stage of the competition featuring top 100 acts pooled from the various audition centres across the nation.

The Ibadan auditions was worthwhile for the efforts by the organisers as it produced seven Golden Tickets, the highest recorded from any centre in the on-going season 5.

Besides this, the centre had on parade more contestants with better chances of making the top 100 cut. Ibadan is the only new centre among the five to host the season five auditions. Others include Benin, Port Harcourt, Abuja and Lagos.

Meanwhile, the auditions train will move to the Dream Studios, Lagos between 7 and 9 February for the final leg of the auditions which have been successfully concluded in the other four centres.

Nigerian Idol is in its fifth season after a successful debut in 2010 won by Yeka Onka. The eventual winner goes home with N7.5 million cash reward, a brand new car, a recording deal with Universal Music Company worth N7.5 million and some high-end devices.