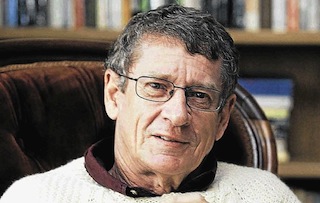 He reportedly died overnight Friday to Saturday on board a flight home from Belgium where he had received an honorary doctorate from Belgian Francophone Universite Catholique de Louvain (UCL).

Winner of several book awards and nominated three times for a Nobel prize, Brink was a literature professor at the University of Cape Town.

Among the most widely-known of his works was his 1979 novel “A Dry White Season” which was made into a film starring Marlon Brando.

Born in May 1935 to a magistrate father and an English school teaching mother, he wrote in both English and Afrikaans.

Brink was a key member of the Die Sestigers literary movement of the 1960s that campaigned against the apartheid government using the Afrikaans language.