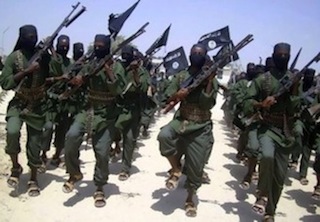 Gunmen shot dead a lawmaker in the Somali capital Mogadishu on Monday, a fellow MP said, the latest in a string of assassinations of politicians in the war-torn country.

“Abdulahi Qayad Barre was shot dead, men killed him as he left his house to go to parliament,” his colleague Abdukarim Hajji said.

At least five MPs were killed last year, but Barre was the first to be assassinated in 2015.

There was no immediate claim of responsibility, but the Al-Qaeda-affiliated Shebab rebels are fighting to overthrow the country’s internationally-backed government.

The extremists say they are targeting MPs as they allowed the deployment of foreign troops on Somali soil.

Shebab attacks in Somalia have targeted key government and security sites in an apparent bid to discredit claims by the authorities and African Union troops that they are winning the war.

Somalia is due to vote on a new constitution next year ahead of elections in 2016, but Shebab remains a major threat.