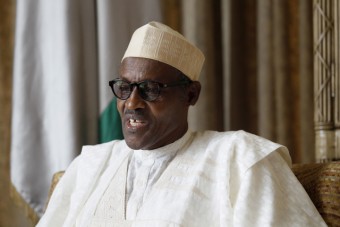 Top politicians and well-meaning Nigerians have since Saturday been urging Nigerians for calm as reactions to the postponement of the country’s elections persist.

In anticipation that there could be an uprising, soldiers were reportedly deployed to some places in the country including Lagos.

But right from when the postponement was announced by the Independent National Electoral Commission, INEC, many of them have been using the media to calm frayed nerves.

Presidential candidate of the All Progressives Congress, APC, Muhammadu Buhari, on Sunday evening urged his supporters to be patient and support INEC even in the face of the challenges.

“I wish to appeal for utmost restraint and calm by all Nigerians, especially the teeming supporters of our great party, the All Progressives Congress, APC,” he said.

He maintained that Nigeria is more important that whatever personal or political ambitions some people may have.

Buhari, while reacting to the shift in the date of the general elections in the country, admonished the people, especially politicians, to play their parts to make it greater than it currently is.

“Nigeria is definitely greater than any of us, and much more important than our individual ambitions.

“Before us there was Nigeria, and long after we are gone there will still be Nigeria.

“Let us continue to do our part to make it the great country that it should be. We must rescue our dear country. God being on our side, we shall salvage Nigeria together,” he said.

Deputy Director General of the APC Presidential Campaign, Senator Olorunnibe Mamora, also asked Nigerians to maintain their cool even though the postponement gives out Nigeria as an unserious country.

“We have accepted to move on and I am saying that I am not convinced that the decision was right.

“We will never have 100 per cent collection of Permanent Voters Card. INEC should do their best to ensure that a larger number of the electorates collect their PVCs and they should train their staff well.

“We hope that at the end of the day, the reasons given should have been overcome,” he said on a television programme on Monday.

James Faleke, a member of the House of Representatives and head of the Buhari Campaign Organisation in Lagos State, appealed that “all agents of change must, however, remain steadfast and calm. They should avoid falling into the trap.”

Other Nigerians who have appealed for calm include former Governor Rasheed Ladoja of the Accord Party, who maintained that his party was not happy with the postponement as well as the Lagos State House of Assembly’s Committee Chairman on Local Government Administration and Chieftaincy Affairs, Moshood Oshun, who urged Nigerians to see the postponement as a further resolve to change the situation of Nigeria using their voters’ cards.