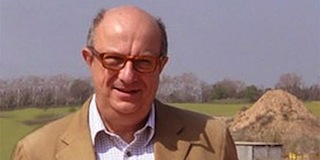 The European Union has urged the Federal Government against politicising the security situation in the country ahead of the forthcoming general elections postponed to March.

“The European Union Election Observation Mission will continue observing the elections in Nigeria,” said Chief Observer Santiago Fisas upon arrival for his second visit to Nigeria.

The European Union Election Observation Mission (EU EOM) acknowledges the different views about INEC’s postponement of the general elections to 28 March and 11 April, following statements by respective security chiefs who unanimously reiterated that safe elections could not be guaranteed at this time.

“We are seriously concerned at this delay and the reason given. Security is critical but must not be political. People have to be able to vote, elections have to be held so that government is accountable. We look to the security agencies to give full support to INEC and all the people of Nigeria in the holding of polls on 28 March and 11 April,” said Chief Observer Fisas.

“The EU EOM commends the peaceful reaction so far to the postponement and will continue observing the electoral process. We encourage all political parties, candidates, supporters and other stakeholders to consider the extra time as an opportunity to further prepare for the election days. More voters can collect their Permanent Voters Cards, candidates can elaborate on their proposed policies.”

Fisas stated that “for citizens to have confidence in the electoral process, the polls should not be further delayed. People need to know this and to see what is being done by the different authorities to make this happen. We will be here in different parts of the country observing the next crucial weeks in the run up to the election and beyond.”