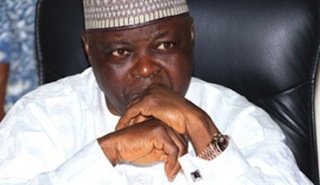 The Nigerian National Petroleum Corporation (NNPC) on Wednesday said that the report of the forensic audit carried out on its books by PricewaterhouseCoopers (PwC) did not indict it in anyway.

The Group Managing Director of the NNPC, Dr Joseph Dawha, said at a news conference in Abuja that the report, rather, absolved NNPC of culpability on all counts.

The managing director, who was clarifying the highlights of the PwC forensic audit report, expressed joy at the successful completion of the exercise.

He said the report had laid to rest the 15-month long controversy over the allegation of missing 49.8 billion dollars.

“The report has clearly vindicated our long held position that the alleged unremitted crude oil revenue was a farce from day one,” he said.

On the issue of the outstanding 1.48 billion, he explained that the amount was the balance of the book value of the divested assets that were transferred to NNPC upstream subsidiary.

“This does not constitute indictment; rather this value is still being reconciled with the Department of Petroleum Resources (DPR).

“It is pertinent to note that the 1.48 billion dollars is not part of the alleged unremitted revenues from crude oil sales,” Dawha.

He explained that what the DPR sent to NNPC as the estimated value of the assets was 1.847 billion dollars.

He said out of this, the corporation paid over 300 million dollars as a token to indicate its commitment to acquiring the assets pending resolution and reconciliation by NNPC and DPR.

On remittances of proceeds from crude oil sales into the Federation Account from Jan.1, 2012 to July 31, 2013, he said the PwC forensic audit report was clear on this.

He stated that NNPC remitted 50.81billion out of a total of 69.34billion dollars.

He added that the report acknowledged that the balance was spent on petrol and kerosene subsidy as well as the corporation’s operation costs.

He explained that both the Senate Finance Committee probe report and the PwC forensic audit report corroborated the corporation’s position on kerosene subsidy.

He said that subsidy on kerosene was still in force as the presidential directive of Oct.19, 2009 was not gazetted in line with the provisions of the Petroleum Act of 1969.

Dawha explained that though the forensic audit report recommended a review of the laws to stop NNPC from deducting its costs and expenses from crude oil sales proceeds, they were not illegal.

He, however, stated that the management of NNPC fully supported the ongoing process of reviewing the laws governing its operations.

He said the corporation had commenced internal transformation ahead of the passage of the Petroleum Industry Bill (PIB) which was currently undergoing legislative processes at the National Assembly.

He called on the media to eschew sensationalism and help disseminate the facts regarding the alleged missing money as contained in the reports of the various probes.

He urged Nigerians to shun malicious reports linking the corporation with missing or unremitted oil revenue.

He said that the various probe reports, including the latest PwC report, had clearly stated that “no oil money is missing”