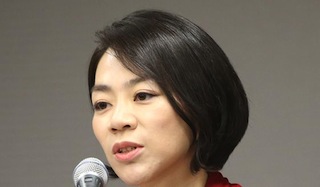 Cho, who was a Korean Air executive vice president at the time, is also charged with obstructing justice and assaulting a member of the cabin crew, and prosecutors have demanded a three-year jail term.

The charges all stem from an incident in which Cho forced the chief purser off a December 5 New York-Seoul KAL flight, forcing the taxiing plane to return to the gate so he could disembark.

The 40-year-old had taken exception to being served macadamia nuts she had not asked for — and in a bag, not a bowl.

The district court in Seoul ruled that Cho had illegally altered the course of the plane, judging that an aircraft was “in flight” from the moment it begins to move.

She had pleaded not guilty to most of the charges, including physically assaulting the chief steward, Park Chang-Jin, who says she made him kneel and beg for forgiveness while jabbing him with a service manual.

Cho was seen as emblematic of a generation of spoilt and arrogant offspring of owners of the giant family-run conglomerates, or “chaebols,” that dominate the South Korean economy.

Like Cho, many are given senior positions in the family business, sometimes after a token period “learning the trade”.

In the past, chaebol owners have appeared to be above the law. Those convicted of gross fraud have either received lenient sentences or been granted pardons after just a short time in jail.

Cho resigned from all her posts and publicly apologised for her behaviour, which her father and KAL chairman Cho Yang-Ho also criticised as a “foolish act”.

The story hit international headlines and was seen as something of a national embarrassment, with South Korean media commentators suggesting Cho had shamed the country.

Multiple media outlets reported that Cho had submitted a number of letters to the court, expressing feeling of repentance and requesting leniency.