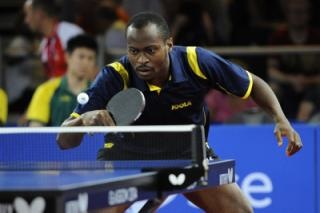 The current ITTF Star Player, Nigeria’s Aruna Quadri and Africa’s most decorated table tennis player, Segun Toriola have confirmed their participation in the tournament while home-based stars like Kazeem Makanjuola, Hameed Adeyinka and Rashidat Ogundele will also be part of the competition.

Plans are in top gear by the organizers to stage a befitting tournament just like it has done in the two previous editions, which were adjudged one of the best organized Pro Tour in the ITTF calendar.

The five-day competition will take place at the Molade Okoya-Thomas Hall of Teslim Balogun in Lagos and it will serve off on March 10 to 14.  The ITTF ranking event will help players taking part amass points for their world rating in March

According to the prospectus released by ITTF on its website, Egypt’s Nabil Almamoon and Algeria’s Mounir Bessah have been named the referee and competition manager respectively while Nigeria’s Lajide Oluranti is the tournament director.

More players from Africa and Europe have also signified their intention to be part of the championship, which has been entrenched in the ITTF calendar.