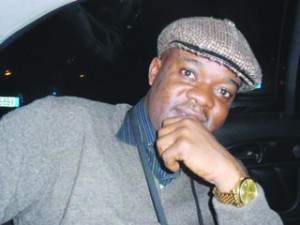 With the postponement of Nigeria’s presidential election earlier scheduled for 14 February, the annual O’jez Valentine Party scheduled for Sunday, 15 February has been moved back to its original Vals Day.

The yearly party will hold at the National Stadium, Surulere, Lagos outlet of the celebrity restaurant.

Chief Joseph Odobeatu, CEO, O’jez said there will be a lot of top entertaining acts on the bill this year.

He, however, was optimistic that this year’s party will be an unforgettable one for fun seekers and lovers.

“We are glad that our funny in-house comedian, Elder O is back. He is teaming up with one of the craziest young comedians in Nigeria that stood in for him during his two months absence, MC Prymzo, to push audience members to the limits. Also Crazy Legs, David Crusaders, O’jez Band among many others are on the bill this year,” Odobeatu revealed.

Celebrities who have confirmed attendance with their families are Nollywood actors Leo Mezie, Ejike Asiegbu, Bimbo Manuel, Zach Orji and Charles Inojie, and musical duo, ArtQuake among others.