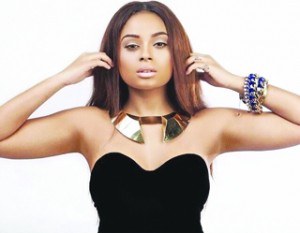 This is coming after her debut single on the scene Fimile featuring star singer, Iyanya.

Lola, an Afro-pop singer, has recorded many other singles like Watch My Ting Go and High featuring Bridge of LOS.

She is currently busy working on her debut album. She said the album will feature collaborations with the likes of Iyanya, Selebobo and Banky W, and will be ready for public release soon.

Born Funmilola Rachel Garton in the United Kingdom, she was raised in Obalende, Lagos with her family before returning to England.

She had been nursing her passion for music at a tender age and she feels like adding to what the likes of Tiwa Savage, Seyi Shay, Omawuni, Waje and a host of others have been doing so well in the Nigerian entertainment industry.

Tags:   Lola Rae   nigeria entertainment   You Know What My Name Is