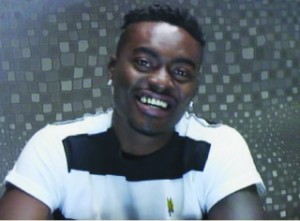 Adetayo Faniran, a Big Brother Africa Season 9 housemate in South Africa has made his acting debut alongside Folashade Abimbola in a short flick titled The Anniversary.

The Anniversary, directed by Seun Okegbenro, tells the story of a couple trying to find their way to love after several failed attempts.

Tayo was recently signed as one of the ambassadors of Payporte Global Systems Limited alongside Toke Makinwa, an On-Air Personality.