Ebonyi House of Assembly does not exist, says Attorney-General 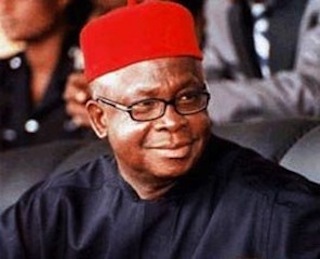 Dr Ben Igwenyi, Attorney-General and Commissioner for Justice in Ebonyi, has declared the Ebonyi State House of Assembly constitutionally non-existent following its declaration of seats of four members vacant.

Igwenyi, who addressed newsmen on Friday in Abakaliki said “with the declaration, the House of Assembly shot itself on the foot and constitutionally ceases to exist”.

“The Ebonyi House of Assembly now has only 20 members after declaring four seats vacant which is not up to the number that can form a valid assembly,” he said.

According to him, the development means that the House can no longer sit as a violation of this provision, contravenes the nation’s Constitution.

The attorney-general said that the only legitimate the assembly ought to have done was to suspend the affected members, but stated that “as it stands now, the House has dissolved itself and can no longer function”.

“It is not a question of mere vacancy through death, suspension or illness, as the affected members have sought legal redress over the issue and are awaiting the outcome of the litigation.

“There is therefore no House of Assembly in the state until a bye-election is held to make the number 24 again.

“They should, however, face the consequences of their actions as we have written to relevant security agencies on the development, while urging them to discharge their responsibilities,” he said.

Contacted, Mr Chris Anyanwu, the Police Public Relations Officer in the state, told newsmen that he was not aware of the development.

He, however, asked for time to confer with the Commissioner of Police on the issue.