Police will protect all Nigerians during election, says Abba 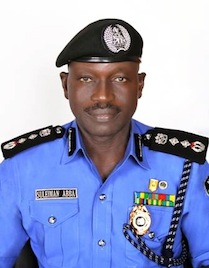 *IGP assures on rule of law

The Inspector-General of Police, IGP Suleiman Abba, has restated his avowed commitment to observance of the rule of law and the respect of the fundamental rights of citizens and residents alike by all police officers.

In statement issued by acting CP Emmanuel Ojukwu, Force Public Relations Officer, he noted that Abba while admitting that there are circumstances under which an officer may be provoked in the course of duty, stressed that, the attributes of a police officer as contained in the Police Regulations, require of every officer to exercise “tact, patience and tolerance and the control of his temper in trying situations.”

Addressing a cross section of senior officers and stakeholders in his office, IGP Suleiman Abba, advised all officers of the imperative necessity to apply caution in the use of firearms, warning that except in extreme circumstances, arms shall not be used during the forthcoming elections. 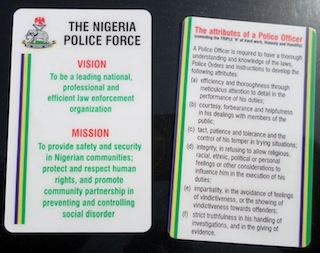 He observed that the rule of law is the underpinning tenet of democracy, which will guide Police officers in the discharge of their roles in the forthcoming national elections.

The IGP further reassured the public that the Nigeria Police has a mandate to save and protect lives, and not to kill, contrary to recent statements in the media.

He cautioned officers to avoid excesses, pointing out the dire consequences attendant on abuse of human rights, all of which are contained in the recently released Human Rights Practice Manual. He concluded by restating the preparedness of the Police to provide the requisite security before, during and after the elections.