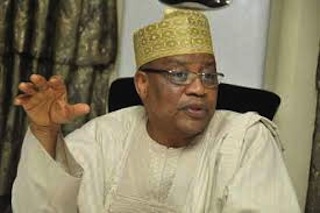 He spoke in Minna when he received the members of Arewa Citizens Action for Change on Saturday.

He said people should not look at insecurity as only a problem restricted to a particular zone of the country but as a problem confronting the entire country.

“I think people should not see the insecurity as restricted to North East alone; it is the problem of the entire country.

“Nigeria is under insurgency not only north east. Nigerians should see it from that perspective and for that; they should support the Military to end the insurgency,” he said.

On whether the shifting of election date will affect the outcome of the election, he observed that the election would be conducted peacefully considering the arrangement on ground.

He also urged INEC to improve in the provision of information in respect of Permanent Voter Cards’, especially on where to collect them.

Babangida commended the members of the group for propagating the gospel of peace, particularly at this period where electioneering was at its peak.

In his remark, the state coordinator of the group, Malam Mohammed Mohammed, appealed to INEC to conduct peaceful and credible elections.