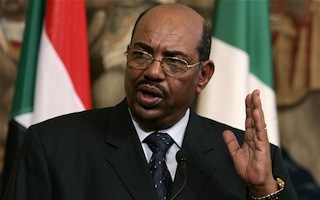 Sudanese security officers seized the print runs of 13 newspapers on Monday in one of the most sweeping crackdowns on the press in recent years, a media watchdog said.

The National Intelligence and Security Service seized copies of the dailies — which included pro-government as well as independent titles — “without giving any reasons,” Journalists for Human Rights said.

NISS often confiscates print runs of newspapers over stories it deems unsuitable but it rarely seizes so many publications at one time.

Journalists for Human Rights said that the “rise” in newspaper seizures “represents an unprecedented escalation by the authorities against freedom of the press and expression”.

The editor of Al-Tayar, Osman Mirghani, confirmed to AFP his newspaper’s print run had been seized.

“After the printing was finished, security officers arrived and seized all printed copies without giving any reason for that,” he said.

There was no immediate word from the authorities on why the newspapers had been seized.

The Sudanese Journalists’ Network said it would hold a sit-in outside the government-run press council to protest against the confiscations.

Sudan ranked near bottom, at 172 out of 180, in the Reporters Without Borders 2014 World Press Freedom Index.