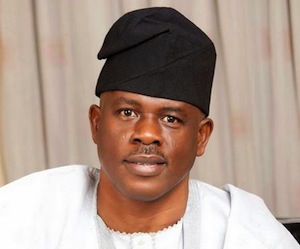 The Lagos State chapter of the All Progressives Congress (APC) has described as laughable the inclusion of Senator Musiliu Obanikoro in the ministerial nominees’ list sent to the National Assembly for consideration by President Goodluck Jonathan.

In a statement by the party’s Publicity Secretary, Mr Joe Igbokwe, the APC wondered what value the President is expecting from a minister who recently resigned from the Federal Executive Council (FEC) to add to the nation.

The party said the PDP government cannot take Nigeria and Nigerians to loftier heights with the recycling of people of questionable character.

The statement reads: “Is Musiliu Obanikoro the only Lagosian qualified to serve in the Federal Executive Council? As a Minister, Obanikoro recently left the Jonathan cabinet to pursue a failed governorship ambition.

“Why is it that the President has turned the FEC to a games’ room and not for serious-minded personalities? Is the nomination Jonathan’s way of placating the former minister who lost the PDP governorship ticket in a primary that returned more ballot than the number of accredited delegates?

“How does one explain the nomination of a character, who as a serving minister has been linked to the audio tape recording of a meeting where plots were perfected to rig the June 21, 2014 gubernatorial poll in Ekiti State?

“Should a President, who has respect for the rule of law, nominate such a character to serve as minister again or recommend him to the appropriate security agency for investigation and prosecution?

“We, in the APC are of the view that the nomination is President Jonathan’s endorsement for lawlessness and abuse.

“Obanikoro’s screening by the National Assembly will be closely monitored and the APC believes it will not be a ‘ take a bow and go’ affair for Obanikoro at the Senate.”

The APC insists that the Federal Government must set up a panel to probe the role played by Obanikoro and the Minister of Police Affairs, Abduljelili Adesiyan in the infamous audio tape.