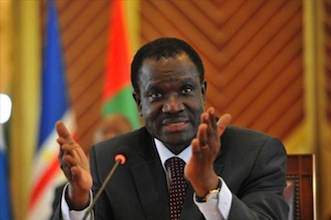 The President of the Economic Community of West African States (ECOWAS) Commission, Mr Kadre Ouedraogo, on Wednesday disclosed that the community had deployed 250 election observers to Nigeria for upcoming general elections.

Ouedraogo made this known when he visited the presidential candidate of the All Progressives Congress (APC), Gen. Muhammadu Buhari, in Abuja.

“They were deployed from Jan. 20 to all the geo-political zones of Nigeria. They came back on Feb. 9 after the postponement of the election but we had debriefing session with them.

“This is because peace and stability are essential for development and we know that peace and security in Nigeria are so important for the rest of our community,” Ouedraogo said.

He recalled that the mandate of ECOWAS was to monitor and observe all general elections in all member states, saying “and for us, elections in Nigeria are special.

“They are of great importance for peace and stability to our region and this is the reason the chairman of the authority together with all ECOWAS institutions are following very closely electoral process in Nigeria.”

Responding, Buhari assured the delegation of a peaceful atmosphere before, during and after the elections and praised President Goodluck Jonathan for assuring to hand over to whoever emerged winner at the polls.

“The six weeks extension is accommodated in the Constitution for holding elections and INEC has said it has between 75-80 per cent successes in the distribution of the voter cards.

“Mr President has made very encouraging comments weeks ago by saying he’ll hand over to whoever emerged winner.

“We told our supporters to embrace peace before the accord and even after the signing of the accord we have continued to urge them to show restraint.

“We intend to maintain this pressure until the elections take place,” Buhari said.