2Face, Kcee, Others For 3rd Edition Of The Music Festival Lagos 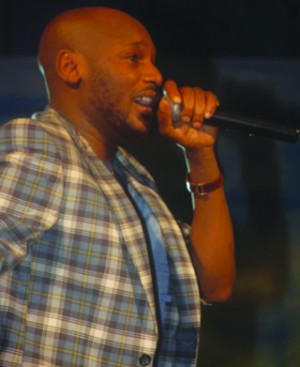 After exciting and well-attended two editions of The Music Festival Lagos, Golden Tulip Festac and Five Star Music are ready for the third edition of the concert.

Holding on 6 March at the main arena of Golden Tulip Hotel, Festac Town, the all-night event will see the likes of 2Face Idibia, Kcee, Timaya, Chidimma, Sound Sultan, Pato Ranking, Seyi Shay and a host of other artistes perform on stage.

“The festival once again invites artists and audience of all ages to experience established music as well as unconventional settings, exploring the dynamism among art forms, genres and cultures, and reflecting the encounter of tradition with the contemporary,” Andeweg said.

He also noted that the event would afford Nigerians the opportunity to choose who they want to see perform while celebrating the icons in the industry.

“This year, we are expecting at least 12,000 people and we have put in place adequate security measures to cater for the large number,” Ele said.

He noted that the success of the event will mean a lot of tourism in Lagos and will further expose Festac as a great destination for both business and pleasure. And with the number of people who attend this programme annually, it now stands as an event to look forward to following the FESTAC ’77.

“This event will also give opportunity to young artistes to share the stage with famous artistes and it is my hope that these young artistes will also step up to these platforms and get their names out there. Nigeria stands as one of the largest countries in the world and is socially active; it is a wonderful opportunity to showcase the rich culture of a great country,” he said.