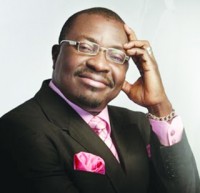 Coming on the heels of the debut of his hugely successful January 1 Comedy Show and Concert, Nigeria’s king of comedy, Ali Baba, is set for another innovation tagged Ali Baba’s Spontaneity.

The new initiative, a comedy talent hunt show, will debut on 1 March at the MUSON Centre, Onikan, Lagos.

According to Ali Baba, the new comedy show and concert is set to provide an avenue for fast rising comedians to showcase their talent with fresh, original and new jokes they have to generate live on stage right there and then.

“Ali Baba’s Spontaneity is a new platform to help truly creative comedians to ride the waves of their careers to fame and fortune. Let’s begin to discover the talented ones, so we don’t let them get stifled into oblivion by the visible comedians who feed off their creativity,” Ali Baba said of the new initiative.