Ambode For Metropolix Night Of Honour 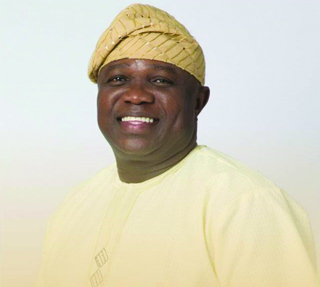 As part of the activities marking its 4th anniversary, management of Metropolix Magazine will on 19 April honour some prominent Nigerians and top brands.

Johnson Adegboyega, publisher of the magazine, said top professionals and brands have been chosen from various fields to receive awards during the event tagged ‘Metropolix Night of Honour’.

“This is not an award ceremony but we want to appreciate the efforts of some hardworking personalities and brands that have contributed and shown positive impact in their different areas of calling,” Adegboyega said.

Among those to be honoured is Mr. Akinwunmi Ambode, the All Progressives Congress governorship candidate in Lagos State, for his unblemished 27 years in the public service in Lagos State.

Also on the honour’s roll are Senator Ehigie Uzamere, representing Edo South at the National Assembly for delivering his promises to his people; and indigenous rapper Reminisce will be honoured as the hip hop artiste of the year.

For the fourth consecutive year, First Bank of Nigeria has been ranked number one banking brand in Nigeria by The Banker magazine of Financial Times and Brand Finance, London, United Kingdom in their annual 2015 The Top 500 Banking Brands. With this achievement, FBN will be given Metropolix’s Bank Of The Year Award.

Airtel Nigeria is the Best Telecom Brand. It is being recognized for its recent partnership with the African Union (AU) Commission to support the fight against Ebola in West Africa thus reducing the scourge to its bearest limit.

The Viewers’ Friendly Award goes to StarTimes for its unique technology and Fidelity Bank for its unprecedented assistance to SMEs.