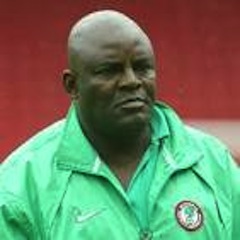 As the controversy of the coaching job of the Super Eagles drags on, former national team handler, Christian ‘Chairman’ Chukwu has warned that the situation is not healthy for the image of Nigeria Football Federation, NFF and Nigerian football.

He further revealed that the only consolation is that the country’s junior teams are doing very well. He urged the NFF’s technical team to ensure that players in the junior teams graduate to become the next Super Eagles, if true progress is to be witnessed in the national team.

“I don’t think it is healthy and I don’t know that is the problem; I have talked a lot about the coaching situation of the national team. I am just happy that the junior teams are doing well, so maybe from there we’ll move forward.

“The junior teams should progress and become our next Super Eagles but if otherwise, we won’t get it right this time again,” he said.

Chukwu, 64, started his coaching career in Lebanon in the mid-1990s, before being appointed coach of the Harambee Stars Kenya in 1998. Later, from 2003 to 2005, he coached the Super Eagles, leading them to reach semifinals at the 2004 African Cup of Nations.