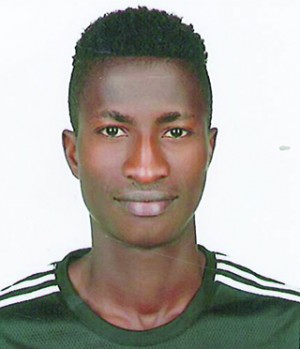 A Nigerian professional footballer has found himself in trouble for double dealing.

The Albanian football authorities have slapped a four-month ban on Nigerian youngster Peter Olayinka for allegedly signing for two clubs.

Olayinka, who was wanted at some point by FC Porto, was said to have signed for both Kukesi and Skenderbeu Korce.

The lanky striker was playing for Skenderbeu before the ban was reported to the Albania football federation by Kukesi last year.

The ban is to run from January to April. Before the ban, Olayinka has scored six goals in the league and three goals in the cup. He joined Skenderbeu in August 2014.

Meanwhile, Victor Obinna will be staying put at Lokomotiv Moscow until the end of this season when he runs out of contract.

According to  TASS , the Nigeria international has no concrete interest from other clubs, with the transfer window in the country expected to close for business in 8 days time.

“The demand for Zapatero and Obinna at the moment, I think that these players will not be able to leave during the current transfer window, “ a source told the Russian news outlet.

Victor Obinna has not played a single game for the Railwaymen since the start of this season, because he has not been registered for the Premier League.

The 27 – year – old has been linked with teams in Italy, Turkey, Spain and the United States in the last few months.