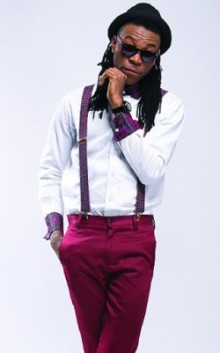 Afropop artiste Solidstar has given a sample of his musical versatility on this week’s episode of MTV Base #OfficialNaijaTopTen.

The dreadlocked sensation’s humorous freestyle while co-hosting with MTV Base VJ Ehiz showcases him at his playful, lyrical best.

On the countdown proper, Ojuelegba by Wizkid retains the number one spot and the next two spots also remain unchanged with PSquare’s Shekini and Davido’s Owo Ni Koko at number two and three respectively.

Also on the chart this week are Phyno’s Yayo on the seventh spot, and M.I. featuring  Moti Cakes on Bad Belle is on number fou