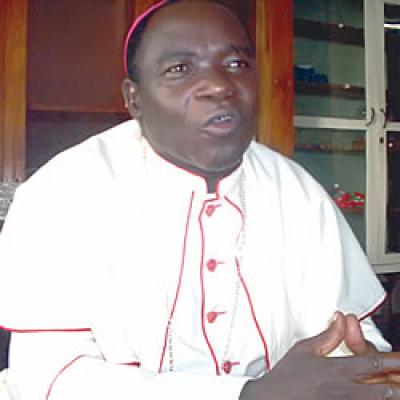 The Roman Catholic Bishop of Sokoto Diocese, Bishop Matthew Kukah, on Friday, advised politicians to refrain from acts capable of disrupting the unity of the country.

He gave the advice at a lecture in Abuja titled; “Democracy in Nigeria, So Near, Yet So Far”, organised by the Catholic Secretariat of Nigeria, Abuja chapter.

The lecture was aimed at fashioning a way forward for the country after the forthcoming general elections.

Kukah said Nigerian politicians should not compromise the unity of the country for the 2015 general elections.

The Catholic Bishop urged Nigerians to pay less attention to insinuations that the country would break-up in 2015, rather, they should focus on factors that could enhance its unity after the elections.

He added that “in 2005, there was a release by the National Intelligence Council of America which was aimed at identifying threats, hopes and opportunities for the country.

“America did this study within a 10-year period and the study was undertaken and concluded in 2005.

“The projections they made were naturally for 2015 and the question was how Nigeria will be.

“The study was not even about Nigeria, it was about Sub-Sahara Africa because America’s greatness lies in its ability to think about the future; America never said that Nigeria will break up.

“However, what the United States of America does and what serious countries around the world do is that they plan for the future.

“They think also about the future and every year America makes analysis of the world and ask themselves where they are likely to have problems and how the problems will affect America.

“America is not concerned if elections in Nigeria fails or succeeds; its concern is how the failure of the elections will affect their interest.”

He said politicians should focus on things that would bring development to the country rather than indulge in actions or comments capable of causing disaffection among the people.

Kukah urged politicians to guard jealously the democracy attained in 1999 in spite of the Boko Haram threats and challenges to the unity of the country.

He explained that the Nigerian military had evolved in the last 16 years to know that military rule was no longer accepted anywhere in the world.