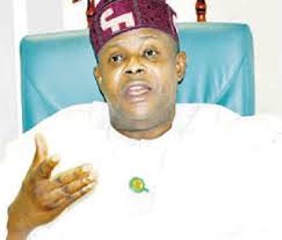 APC said on Saturday that if the electronic card reader was properly used during the upcoming elections, it would reduce voting time.

Mr James Faleke, a member of the House of Representatives and Lagos Coordinator of the Buhari /Osinbajo Presidential Campaign Organisation, made the statement at news conference in Lagos.

Faleke said the APC was not afraid of the card reader, describing it as a facility that would eliminate rigging, proxy and multiple-voting.

He advised voters not to give out the number of their Permanent Voter Cards (PVCs) in exchange for money.

“Nigerians, please stop selling your future and don’t give out the number on your PVCs to anybody.”

The APC stalwart also stressed that the party was against the call for the use of Temporary Voter Cards (TVCs) to vote.

He said that the migration from TVCs to PVCs had detected double registration of more than four million people.

“After all, the PVCs were used in the governorship elections in Ekiti and Osun States,” he said.

Faleke appealed to Nigerians who had not collected their PVCs to get it from their respective wards.

“The voter card is the people’s power that is stronger than the federal might.”

He also appealed to the military not to involve itself in partisan politics but to focus on protection of Nigeria’s territorial integrity.

The campaign coordinator said the armed forces should restrict their involvement to ensuring the safety of Nigerians from external aggression and invasion.