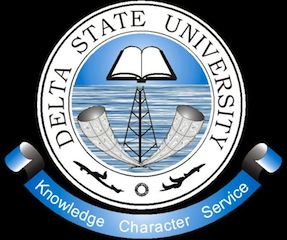 The Vice Chancellor, DELSU, Prof. Victor Peretomode, administered oath on the new intakes in Abraka, host community of the institution, in Ethiope East Local Government Area of the State.

He warned the students to be of good behaviour in the campus and shun every form of social vices.

Peretomode said cultism remained banned in the University, adding that any student who indulged in it would be expelled from the institution.

The VC urged the students to be diligent and observe the rules and regulations of the University at all times.

“The University takes serious exception on issues that bothered on indiscipline and lawlessness, particular when such actions involve violence, cultism, examination malpractice, indecent dressing among others classified as breach of matriculation oath.

“Any student caught indulging in any form of cultism in the campus will not only be thrown out, his or her name will be published in all national dailies and the internet,” he said.

Peretomode thanked Gov. Emmanuel Uduaghan of Delta for his show of love to the Institution.

He noted that the University had grown from a modest beginning to a model citadel of learning and research under the Uduaghan’s administration.

He promised to sustain the peace which had resulted in harmonious relationship between the University and the host community.

“On our part, we will remain focused in the pursuit of academic excellence and ensure the prudent management of the resources of the University,” he said.