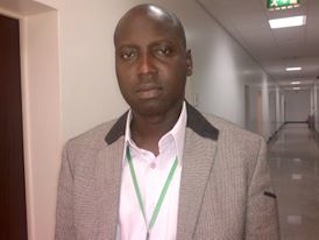 Unidentified gunmen have abducted one Freddy Ndiagbara, a staff of the Rivers State Government House.

Ndiagbara (popularly called Freddie), works with the Government House Press Unit. He was kidnapped yesterday at a ward rally of the All Progressives Congress (APC), in Kaani 1 (his community), in Khana Local Government Area of the State.

Freddy also acts as Government House official Master of Ceremony. He is trained Journalist and had worked with Nigerian Tribune. He is a graduate of the University of Benin.

PM News gathered that his abductors stormed the venue of the rally in a Toyota vehicle shot sporadically into the air and whisked him away in a waiting car to an unknown destination.

Though details of the kidnap were sketchy as at press time, an eyewitness said the incident occurred when the organisers of the rally were setting up the podium and Public Address System (PAS).