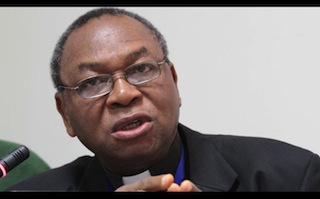 John Cardinal Onaiyekan, has appealed to politicians to desist from hate speeches and comments capable of inciting citizens as they go about their campaigns, ahead of the general elections, slated for March 28 and April 11.

Onaiyekan, who is also the archbishop of the Catholic Archdiocese of Abuja, spoke on Sunday in Abuja.

Onaiyekan in his homily at the mass to commence the first week-long plenary meeting of the Catholic Bishops’ Conference of Nigeria (CBCN), stressed that politicians should not forget the objective of governance.

“Politics is very much in the air, it is a noble and sacred task meant to serve the common good of the family that is the nation.

“The hot competition between political parties should not make them forget the common objective of justice, peace, prosperity, harmony, good governance and building a nation that we can all be proud of.

“There should, therefore, not be room for negative campaigns. Insolent insults and caricatures should give way to rational discussion of issues that will serve all of us.

“Truth must be sacrosanct even in politics; lies, deceit, calumnies cannot move us forward, they are all hallmarks of the bad politics that is a bane to development,” he said.

The cleric commended all the political parties for accepting the shift in the dates of the polls which he said must have disrupted their plans and budgets.

He urged them to use the extra time to change tactics, build relationships and trusts among parties.

He urged Nigerians to take President Goodluck Jonathan by his words that the elections would now hold on March 28 and April 11 respectively and that May 29, Democracy Day, remained sacrosanct

He assured President Jonathan who was present at the mass, that the church had been praying for the nation and will continue to pray for the nation.

Onaiyekan speaking on the theme of the conference, “A good family makes a good nation,” urged Nigerians to uphold the unity and sacredness of the family for a truly united country.

The cardinal said that the importance of the family in nation building could not be over emphasized, adding that, that was why, Pope Francis had since 2014, been calling on all Christians to pray for the family.

The cardinal urged the citizens not to be swayed by modern ideas, which he said, were coined to erode the moral structures of our families and the nation. “We thank God that our traditional values on this matter have not yet been totally overrun by crazy ideas posing as modern and progressive.

“A perfect example is the moral madness of same sex marriage which we thank the National Assembly for rejecting.

“This should be a matter of national concern since the family is the basic sphere of every society; the bishops need to do more to promote family life, especially for the youth.

“Those who neglect their families because of business or politics will regret their short-sighted priorities.

“The growing rate of marriage breakdowns and a lot of dysfunctional homes especially among our elite should be a matter of grave concern.

“We should ask ourselves how people who cannot manage their homes can pretend to rule our nation; a good family makes a good nation.