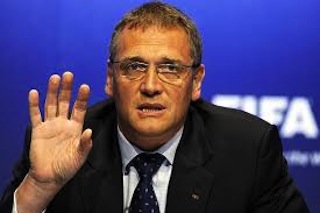 A FIFA World Cup task force on Tuesday recommended the 2022 World Cup in Qatar be shortened and held in November-December to avoid the scorching summer temperatures.

“There is one solution, November-December,” said FIFA general secretary Jerome Valcke after a meeting of the task force in Doha.

FIFA’s executive committee will make a final decsion at a meeting in March. But a FIFA statement said: “The proposed event dates have the full support of all six confederations.”

FIFA said the task force had also recommended a shorter competition. But it did not say by how much the tournament would be shrunk.

“The outcome of the discussions is also a proposed reduced competition days schedule with the exact dates to be defined inline with the match schedule and number of venues to be used for the 22nd edition of football’s flagship event,” said the FIFA statement.

A shift to November-December faces resistance from European clubs who fear major disruption to the Champions League and championships in England, Germany and Spain.

Traditionally the World Cup is played in June and July and if the competition is shifted to November and December, it is likely the European clubs will seek compensation.

European football’s governing body, UEFA, has already accepted a switch to winter however.

The move to November and December is seen as necessary because of the extreme weather condition in Qatar during the summer, when temperatures soar above 40 degrees Celsius (104 Fahrenheit).