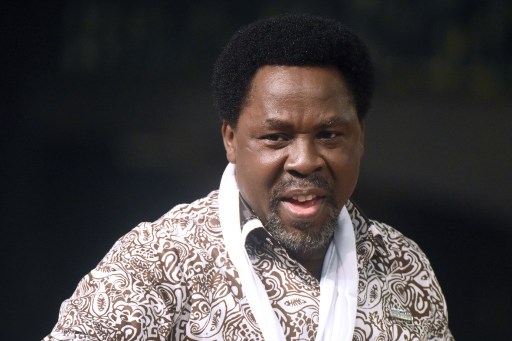 Pastor T.B. Joshua of Synagogue Church Of All Nations

The Coroner investigating the September 12, 2014 building collapse within the premises of the Synagogue Church of All Nations (SCOAN), Mr Oyetade Komolafe today said the report of the inquest will be ready next month.

Komolafe gave the assurance at the resumption of the inquest before a Lagos State High Court sitting in Ikeja.

The inquest was set up by the Lagos State Government to unravel the cause of the  six-storey building which killed 116 persons .

The coroner told the parties today that the proceedings could not go on because the court had received a letter from SCOAN’s  counsel, Mr Olalekan Ojo, asking for an adjournment.

According to him, Ojo in the letter claimed that he was appearing in another case at the Federal High Court and had appealed to the inquest to vacate the dates fixed for Tuesday and Wednesday.

“This court cannot continue indefinitely. I just want to say that I am not going to sit for more than two weeks.

“Anybody that will not come during that period, we will skip his or her testimony and move ahead.”