I didn't share of Presidency N7bn largesse, Edo CAN Chairman 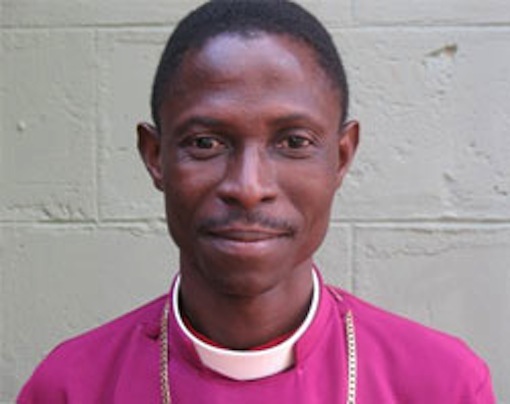 Edo State Christian Association of Nigeria (CAN), Bishop Peter Imasuen, has denied sharing in the N7 billion largesse allegedly given by President Goodluck Jonathan to the ‎national leadership of CAN.

It would be recalled that Musa-Dikwa, had on 16 February ‎alleged that CAN got the money on 26 January, 2015 and distributed N3 million to each state chairman across the country to canvass for the of re-election of President Jonathan in the 28 March presidential election.

Reacting to the issue on Monday, Imasuen who is the Bishop of Benin Diocese of the Anglican Communion, ‎said he did not attend the last meeting of the christian body and so was not aware of the money, let alone collecting any money as a state chairman.

“I am not a politician. What we owe the country is prayers. So, I don’t know anything about (the) money. They didn’t give me any money and I was not even there when we had the last CAN meeting. At that time, we were having the standing committee at Ughelli (Delta State). So, how would they have given me money when I was not at the meeting?”
‎
When asked if he would have accepted the largesse if he had been present, Imasuen replied: “Collect the money for what? What will I use the money for? We are men of God, we are to pray for the peace of the country. At the time you now take money, how will God answer your prayer? I don’t run after riches. I run after blessings; riches come and go but blessings remain.‎”

Describing the allegation as one peddled by persons whom he described as “self-made pastors and bishops” who could say anything to cause disunity, Bishop Imasuen said he was only interested in performing his responsibility as a cleric, rather than engaging in partisan politics.

“Even if you give me money, I would be afraid; I ‎will not sleep because the politicians will be after you, everybody will be after you, the thieves will know that you have money. So, I will rather relax my mind and be okay with whatever God gives me.

“There many people who are self-made pastors or bishops; they can say anything. If you do ‎something I don’t like, for instance, I can go back and do certain things to distabilise you.

“I don’t belong to any party; once I know that you are a credible person, I can vote (for) you; vote for those that can stand and defend this country. We are praying God to give us a leader‎ who will lead us and lead the youths,” he said.