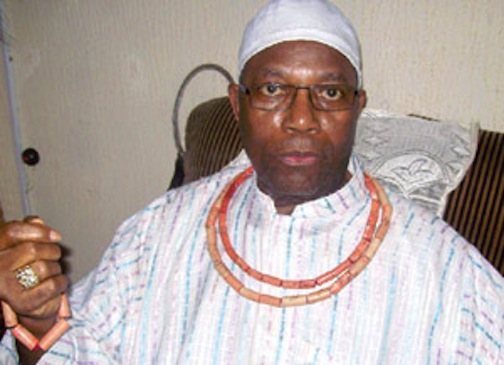 The younger brother of the Oba of Benin and the Enogie of Obazuwa, Prince Edun Akenzua, has lampooned members of the Goodluck Jonathan Campaign Organization in Edo state, led by Pastor Osagie Ize-Iyamu for an alleged attempt to desecrate the Holy Aruosa Cathedral where the Oba worships, by taking their campaigns to the church.

The President’s Campaign Organisation had last Friday taken their campaign to the Holy Aruosa where they solicited support of some palace chiefs for Jonathan’s re-election.

But Prince Akenzua on Monday while reacting on behalf of the Benin Royal family to the lingering division among Benin palace Chiefs over the endorsement of the re-election of President Jonathan, said “it is even more so when the leader or the coordinator is a Pastor of the Redeemed Christian Church.”

It would be recalled that several high-ranking chiefs in the Benin palace had engaged themselves in a verbal war, following comments made by the Esogban of Benin Kingdom and chairman of the Benin Forum, Chief David Edebiri, that the Benins will not vote for President Goodluck Jonathan in the 28 March Presidential election because his administration has not treated them well.

But two other high-ranking Chiefs, the Isekhure of Benin kingdom, Chief Nosakhare Isekhure and Chief Amos Osunbor, the Eson of Benin, while reacting to the Esogban’s comment, faulted Chief Edebiri, noting that, he cannot speak for the Benins, just as Chief Isekhure added that “the Oba gave Jonathan the necessary impetus to run for the presidency in 2011,” and that nothing has changed.

Prince Akenzua‎ who waded into the verbal war by the Chiefs, punctured the claim by Chief Nosakhare Isekhure, who had stated that the Oba had endorsed President Jonathan through the Crown Prince of Benin Kingdom, last year in Abuja.

He also described as disrespectful, an alleged open castigation of the Esogban by the Eson of Benin Kingdom, Chief Amos Osunbor, who declared that the Benins will vote for President Jonathan.

He also noted that Eson’s action was against the rules of the palace since his rank comes after that of the Esogban in the hierarchy of the palace Chiefs.‎

According to the Prince, Chief Isekhure “gave the impression that he was the Oba’s spokesman. It must be said that the Oba does not, I repeat, does not endorse any politician. They all visit him to seek his support and blessings. The Oba mandates the senior Chief at Court during the visit to say prayer. That prayer is stereotyped that God may give to Benin and to Nigeria the person who will develop our land and make it possible for citizens to put three square meals on their tables.”

Hinting that Chief Osunbor may be court-martialed according to palace rules over his comment, Prince Akenzua explained that: “the disturbing aspect of the whole episode is the indiscipline and disloyalty to the Benin course and our revered institution. In order to comprehend the gravity and implication of Eson’s act, it is important to explain briefly the organogram of Benin chieftaincy.

“Palace or Royal chiefs belong mainly to three groups, namely: Eghaevbo n’ore, Eghaevbo n’Ogbe and Ibiwe. Iyase is the head of Eghaevbo n’orhe. Esogban, Eson and Osuma belong to the same group and are in that order of seniority. That means Eson is next to Esogban in the hierarchy of that group.

“Both Esogban, Eson and Isekhure can exercise their freedom of speech, but that freedom of speech does not extend to a chief or member of the Royal Court to publicly and derisively criticize his colleague, more so a senior one. In the military or the uniformed forces, the erring person would be court marshalled,” he said.