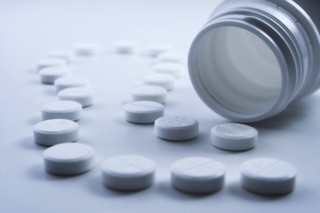 Daily paracetamol could raise the risk of heart attacks, stroke and early death, a major study warned on Tuesday.

It found that patients prescribed high doses of the painkiller for long periods were up to 63 per cent more likely to die unexpectedly.

The risk of having a heart attack or stroke was up to 68 per cent higher and there was an almost 50 per cent greater chance of having a stomach ulcer or bleed.

Paracetamol is considered by doctors to be safer than aspirin, which can cause stomach bleeds, and ibuprofen, which has been linked to heart attacks and strokes.

But British researchers who looked at studies involving 666,000 patients say the risks may have been underestimated and are calling for a major review to be conducted into the drug’s safety.

They think paracetamol may be causing illness by preventing the action of an enzyme in the body called COX-2.

Scientists from the Leeds Institute of Rheumatic and Musculoskeletal Medicine looked at eight studies that contained information on patients taking paracetamol daily for up to 14 years, for conditions such as arthritis and severe back pain.

They also covered patients who took the medicine less often or hardly at all.

Philip Conaghan, who led the research, pointed out that for most patients the risks were very small and those given paracetamol over a long period would have illnesses likely to kill them early. For this reason it was difficult to be sure the drugs were causing problems.

But the professor added: “I am a bit worried that paracetamol at high dose for long periods could be associated with side effects that we hadn’t previously associated.”

He said patients being prescribed the drugs for long periods for arthritis or muscle and joint pain should talk to their doctor about alternative treatments, such as exercise.

Published in the journal, Annals of the Rheumatic Diseases, the study concluded: “Given its high usage and availability, a systematic review of paracetamol’s efficacy and tolerability in individual conditions is warranted.”

Professor Conaghan said it was not possible from the studies to work out how the average person’s lifetime risk of a heart attack or stroke would increase if they took paracetamol for a long period.

Statistically, one in six men and one in ten women will die from heart attacks, strokes and other complications of heart disease. Other scientists played down the risks.

Professor Nick Bateman, who specialises in clinical toxicology at the University of Edinburgh, said: “Based on this study the risk is minimal. Paracetamol remains the safest analgesic available, and this study should not stop people taking it.

“Based on these results, the lowest effective dose for the shortest necessary period is advised, this is common sense for all medicines.”

Paracetamol is the most commonly used painkiller in the UK and 22.5million prescriptions are handed out each year. A further 200 million packs are sold over the counter.

Although the NHS does not keep figures, evidence from Canada suggests that 5 per cent of the population are given at least one high dose prescription of paracetamol over the course of a year.

A 2013 Oxford study warned that for every 1,000 patients on ibuprofen or a similar drug, three would suffer a heart attack within a year, of which one would be fatal.