Done your homework? How to track your kids via smartphone 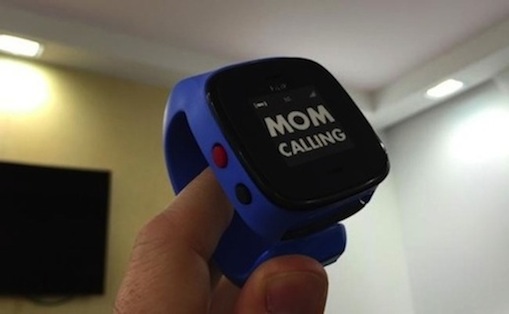 Is your toddler being mean to his baby sister while you’re out of the room? Is your eight-year-old making unauthorised detours to the sweetshop after school?

Chill. Mobile entrepreneurs have got your back, with smartphone-controlled baby cameras and wristwatch tracking devices that let you spy on your kids via your handset.

The watches let parents track their child’s movements on the screen of their smartphone and receive alerts if the child wanders outside a pre-set “safety zone”.

Spanish phone firm Telefonica announced the launch in Europe and Latin America of the FiLIP, a wrist device that has taken off in the United States since 2013.

The watch lets the child talk via their wrist to authorised adults who have the app on their smartphone.

“The idea is before they have their first smartphone, which is full of dangers for a small child, to have a way of locating and contacting them,” said Carla Becker, a project manager at Telefonica, presenting the FiLIP in Barcelona.

“The idea is not to be able to track them all the time. It is for when you need it.”

Other smaller companies trying to market child trackers included B-On, a multinational firm that presented a purple prototype of its Amigo child watch in Barcelona.

“There are more and more tracking devices on the market, for kids, pets, cars,” said B-On vice-president Ishay Shani.

“Now is exactly the right time. Tracking is growing and the product is getting smaller.”

For those who miss their child while away — or who just don’t trust the babysitter — Taiwanese firm D-Link showcased its latest home baby-monitoring camera, the EyeOn Baby.

From an application on a smartphone, the parent can view and talk to the child, play lullabies, take pictures and videos and set the app up to deliver alerts if the baby cries or moves.

“It’s the next step for the traditional baby monitor,” said Anselmo Trejo, a D-Link marketing representative in Spain where he said 50,000 such cameras were sold last year.

“Of course, you will still leave the child with a babysitter. But I don’t trust all babysitters,” he said.

“From a hotel on the other side of the world you can see if the children are alright. You can see your child playing, or if they’ve had dinner and done their homework.”

A typical connected child tracker or monitoring camera costs about $150 (135 euros). Few figures were available for how many child wrist trackers have been sold.

Ben Wood, an analyst at tech research consultancy CCS Insight, said FiLIP was thought to be the biggest-selling child tracker watch in the United States, “but with relatively small volumes”.

“Connected devices for children have always been a popular concept but they remain problematic,” said Wood.

Companies were careful to market their watches as a kind of telephone, to overcome concerns about privacy and surveillance.

“It’s more to do with a sense of comfort,” said Bobby Moore, one of the directors of US-based company Trackimo.

His firm has a range of smartphone-linked trackers for kids’ or adults’ wrists as well as tags for pets’ collars or luggage.

“You feel more safe and secure knowing where your children are, or your pets or old people,” he said.

“There is a security aspect, but we try to take out the Big Brother element.”