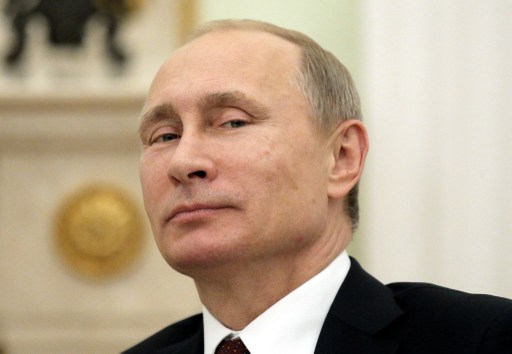 One plane was diverted and another delayed to avoid two Russian bombers that flew through Irish-controlled airspace without warning in February, the Irish Aviation Authority (IAA) said on Tuesday.

The disruption is believed to have occurred during the same February 18 incident in which British RAF Typhoon fighters were scrambled to escort two Russian bear bombers identified flying close to British airspace.

The move was seen as a show of strength by Russia amid tensions over the conflict in Ukraine, where Prime Minister David Cameron has accused Russian President Vladimir Putin of challenging the territorial integrity of Kiev.

The Irish authority said that the two Russian aircraft were flying with their transponders switched off — devices that help aircraft to be identified by air traffic control radars.

“One aircraft’s departure from Dublin was delayed due to the activity of the Russian military aircraft in UK controlled airspace,” the IAA said in a statement.

“The routing of one en route aircraft was changed to ensure that its track was sufficiently separated from the track of the two Russian military aircraft,” it added.

However, the IAA sad there had been “no safety impact to civilian traffic in Irish controlled airspace”.

The aircraft did not enter Irish sovereign airspace, but flew in Irish controlled airspace within 25 nautical miles (46.3 km) of the Irish coast between 1500 GMT and 1900 GMT, according to the authority.

British Defence Minister Michael Fallon warned that NATO need to be ready for “any kind of aggression from Russia” following the incident, which came after London summoned the Russian ambassador over a similar episode in January.

On Tuesday, leaders of the United States, Germany, France, Britain, Italy, and EU head Donald Tusk called for a “strong reaction” from the international community to any major violation of a ceasefire in eastern Ukraine in a bid to increase pressure on Russia.

Both Kiev forces and pro-Russian rebels accuse the other of continuing to mount attacks in defiance of a deal forged in a bid to end 11 months of bloodshed that has killed over 6,000 people, according to the UN.

Nevertheless, violence has abated over the past week, increasing hopes the agreement could hold.